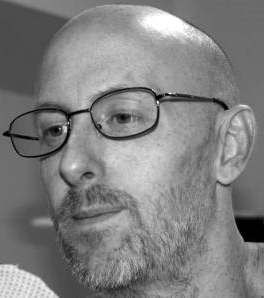 “There is a story here,” I thought…

My wife called our oldest son to ask if we could meet for lunch. He said, “yes,” and would we call after his food was picked-up at Burger King.

We would meet in the park, by the swimming pool.

We drove to Burger King. Got two Whoppers (ketchup and mustard only), and a ten-piece Chicken Tenders. I called our son to say we were on the way.

(Start timing NOW as you read this…)

It was obvious something had, or was about to, happen.

We pulled into Dairy Queen’s lot. I said to my wife, “This looks like something I could get pictures of for BlairToday.Com…” Then, stepped out of the car and moved to the sidewalk with my camera.

It was hot, too. Very hot. Felt like it was 95. Probably not that hot, but on the sidewalk, with cars behind in the parking lot, street full of big trucks and other vehicles, combined with an atmosphere of “something wrong,” caused me to feel hotter than the ambient air above the pavement.

As it happened – not by design – on the sidewalk, next to me, was a woman in a vest that read “PRESS” I assumed she was with the Enterprise. She talked on a smart phone.

I brought my camera to my right eye, focused on the trucks, police, rescue workers, and just as my finger pressed for the picture, and just before autofocus framed a shot, a fireman walked over and said, “You can’t take any pictures.”

The entire process, in real time, from where I wrote “Start timing now,” to that last sentence took about one minute. Just ONE minute.

It was in that ONE minute I had time to evaluate the scene, choose my next act, and be engaged by someone who wanted me to stop before I started.

That’s not much time.

When I was told not to take a picture, I protested. “Yes, I can. It’s a public street. There are no laws against it.” The fireman sized me up, looked at the woman in the “Press” vest and asked, “Are you with the press?”

He said, “Well, you can’t take any pictures.” When I pressed “why not,” and, “who says,” he pointed toward some police and said, “you’ll need to talk with him…”

In total, the process from when we left Burger King’s parking lot to when I heard “talk with him,” now eclipsed about 2 minutes.

Brief as it was, my wife pulled the car about 30 feet away. The “him” I assumed the fireman said I should talk with was farther away than that – in the other direction.

And, my son awaited our presence for lunch. And, as much as I wanted a “story,” and pictures for BlairToday.com, I decided, “This is not my battle, there is no victory for me here.”

I walked to our car. Got in. Was thankful for the cool air in my face. We headed to the park.

My wife and son heard me retell this a couple times. I was indignant. “I don’t need to be a member of ‘the press,’ to take pictures in public,” I said. “There’s no law against taking pictures in broad daylight,” I argued. “Who gave that fireman the authority to tell me that,” I rhetorically asked.

Both my wife and son were more casual. My son ate his chicken tenders and gave a look that says, “Dad’s about to joust windmills,” while my wife soothed my pride with, “you did the right thing by letting it go.”

We finished lunch. The shaded park was still hot. And, we drove home.

I asked my wife to take a way that would have us drive by 10th and Washington… So, I could, you know, see what the commotion was about. We drove by. I learned exactly nothing.

At the moment we arrived home, I was consumed with questions: “what happened at the intersection,” and “who were all the men in green vests,” and, “what was so important I was not allowed to take pictures of,” and, “hey, who gives them the right to tell me that in the first place?”

Think of all the theories one could create with the “facts” as they happened. Was it a training exercise for law enforcement? That would explain the sheriff, police, rescue, and fire vehicles, right? Was it a construction job that needed protection at the intersection to slow traffic? That would explain the police, and maybe the sheriff, but not the fire and rescue folks. And, in any case, what was with the fireman who said I couldn’t take pictures? What was that all about?

What is was “all about,” is a person killed in an accident. The fireman had to know it, and wanted to honor the family of the person who was killed. When he told me I couldn’t take pictures, well, maybe he should have said “shouldn’t.” And, I know some who read this may believe the fireman was wrong – whether legally or not. Some may say, “this is a free country,” and regardless of what happened, we have a right to take pictures in public.

But, I’ll tell you the truth: It was I who was wrong. I should have asked what happened. I should have walked to the firemen and asked, “Is everything okay,” or something like that.

Did I “have to?” No. But, let’s say I wasn’t 53. Subtract 20 years, and I would have handled all this very, very differently. From the start I would have been openly dismissive, probably rude, and possibly confrontational with folks at that scene, who I felt were wrong to infringe upon my rights. But, today, I chose the path of “not my fight,” and, “there must be reason,” and, LITERALLY, “I’ll read about it later if it’s important.”

The fireman was right. In his heart he was right. It’s not that I was wrong, and it’s not about “rights.” It’s about decency. The fireman, I believe, wanted to say more, and felt honor toward the person who had just been killed, respect for the family.

Like I wrote, when I was 33, I would have forced the issue. I would have argued about “rights” and it was “legal” for me to take a picture of a bunch of trucks for my website. Maybe even when I was 43. Or, 52. Or last week.

Truth is, I don’t know. I’ve spent many a day pulling feet from my mouth. If it happened today it would not be the first time.

There are times to talk, and times to ask before you talk. Today, I’m thankful the honorable fireman at the corner of 10th and Washington kept cool in the heat. Too often people’s tempers flare hotter than the pavement I stood on in front of the Dairy Queen.

“There is a story here,” I thought. But, it was not story for me to tell, but to learn from. Someone lost a family-member or friend today. No pictures I could take, and no words I would write are needed. Even condolences are a barely a whisper above the alarms that someone’s life just sounded.

Blair should be proud of the men and women who hold positions in law enforcement, fire, and rescue here. In other, bigger towns, maybe no one would have noticed – even NOTICED – the loss of someone’s life enough to say, “no pictures.”

I’m ashamed I didn’t ask what was going on first, and I’m thankful for the fireman who felt a sense of honor, duty, and respect for his fallen, yet fellow man.

The Blair Enterprise has the full story of the accident at 10th and Washington.