One of the privileges I have is the chance to speak with people both on AND off the record. And, you might imagine what you hear OFF the record is sometimes even more interesting than the final, public story. Jean Beckman, founder of “Our Specialtea,” in Blair, provided us with two interviews: The one you are about to read, and the one we hope she’ll let us publish somewhere down the road…

(1) BLAIR TODAY: When did you open “Our Specialtea?”

JEAN BECKMAN of OUR SPECIALTEA: I opened on October 1, 2012.

(2) BLAIR TODAY: “Our Specialtea” is one of the long-term success stories in downtown Blair. Probably a dozen other business came and went since you opened…

JEAN BECKMAN of OUR SPECIALTEA: I know, and I watched every one of them come and go, too.

(3) BLAIR TODAY: How do you feel about that?

JEAN BECKMAN of OUR SPECIALTEA: Sad. If we get rid of some of the truck traffic, I think we can update downtown, make it like other downtowns. I’d like to see more retail show up and thrive here. It makes my heart hurt to see so many empty buildings up and down Main Street.

JEAN BECKMAN of OUR SPECIALTEA: No, I’m from Fremont.

(5) BLAIR TODAY: Why did you choose Blair over Fremont to open a business?

JEAN BECKMAN of OUR SPECIALTEA: Well, I’m a destination. We get support from Omaha, Lincoln – All over, not just Blair. We chose Blair, because my husband is from Herman, and I’m from Fremont. When we got married we moved to Blair 17 years ago. Like, we met in the middle. He works in Herman, and I was working in Omaha at the time before I opened “Our Specialtea.” It was a little closer for my drive, and just a little farther for him. I chose to open in Blair because I wanted to live and work in the same town.

(6) BLAIR TODAY: Not many people knew what “Our Specialtea” would be, and maybe people don’t know all that you do now, nine years later. Parties, catering, gift shop… So, what does “Our Specialtea” primarily do?

JEAN BECKMAN of OUR SPECIALTEA: We do everything but fried chicken. I want to be a one-stop party shop. We have a pretty place for women to come celebrate birthdays, “girls days out,” bridal showers, baby showers. We’re a little event place. That’s why we have birthday parties and things like that. If grandma is turning 90, “let’s go and have a nice luncheon,” because it’s pretty in here.

We use vintage china, family china and family silver that belonged to my mom and her six sisters. Then, when you come in you’ll see there’s a picture of all the sisters – my mom was the youngest of eleven (seven girls and four boys). And, on each table there’s a picture of my mom and her six sisters – so, my aunts are on them – along with their silver. And, I have my grandmother’s wedding dress in the corner – they were married June 4, 1914. So, it’s like stepping back in time. Because, we don’t take time to do that anymore.

It’s such a fast-paced world. And, then as the pandemic, as things when on, and things changed, incomes changed, we had the flood, the pandemic, blizzards, the storm of 2014 that took everyone’s windows and roofs out… We survived all that. Because you have to think outside the box.

And, I’m constantly thinking outside the box. I’m always thinking, “what can we do?” We’ve always catered from day-one. And, we have little parties here, but when that doesn’t happen, I still have to make some kind of an income. Now we are doing “pop-up shops,” with all sort of knick-knacks. We take them, and set them up inside retirement homes for a couple hours or so, and the ladies there can go shopping – and they absolutely love it!

(7) BLAIR TODAY: That all sounds great, and with so much of your business in the “real world,” how did you keep that passion going through the last year of covid while so many businesses collapsed?

JEAN BECKMAN of OUR SPECIALTEA: It was truly by the grace of God. I tried for six years to get on the “Nebraska Passport” program. And, the fall prior to the pandemic I was approved to be on it. So, all fall and all winter, we planned and dreamed on what we would do with this “Nebraska Passport.”

We were going to do menus that were themed. And, just had all kinds of cool things… And, beef up the retail, the lotions and jewelry, and things people could take with them. Then, the pandemic hit… But, they didn’t cancel the “Nebraska Passport” program.

That’s what kept me going during those hard months: People were coming from all over the state to look at my little tea room, and see what we were all about. Well, we weren’t cooking, because I had to take all the pretty stuff that made it the tea room, off the tables.

So, we made brownies, desserts, and pies, bars, and cookies. We sealed them in clear plastic containers. And, we had teas – different teas – and lemonades, and different drinks people could take with them. Everything was “to go,” you could not sit in here at all. We had a hand sanitation station, so everyone had to sanitize their hands before they touched anything in here. And, we were disinfecting as soon as everyone left – out came the Lysol and we were wiping everything down. And, then, on August 28th, I started cooking for the Jail…

(8) BLAIR TODAY: Yes, but when you say, “started cooking for the jail,” there’s got to be a story behind that…

JEAN BECKMAN of OUR SPECIALTEA: That was in the works for a few months. That was before the pandemic broke out. And, we were working on negotiating the contract, on when we were going to start. And, didn’t know when we would start, but we knew we were going to do it. And, everything just kept getting pushed back. First it was going to be “early spring,” then it was all of the summer. Then, long story short, August 28th is when we started cooking for the jail. We’ve been cooking two meals, every single day, since August 28.

(9) BLAIR TODAY: How did all that happen? How does someone “cook for the jail?”

JEAN BECKMAN of OUR SPECIALTEA: Well, they called me. They asked if I would be interested, and if I could do it. I said, “I absolutely could do it.” I used to cook for a sorority house, 20 years ago, in Vermillion, Nebraska. I cooked for 57 women, two meals a day, every day, for nine months. I said, “If I can cook for 57 women, I can cook for inmates.” I don’t want to say I had to prove myself, but they asked for references. I’ve been here for nine years. I’ve done catering for many big events. I cater to Omaha… I’ve got regular catering. So, that’s what was starting to hurt – when I lost my monthly catering business.

Well, it was through the grace of God I got on the “Nebraska Passport,” that kept the lights on, kept the rent paid. I mean, it was everything we could do to just squeak by during the pandemic. And, then on August 28th we signed a contract to cook for the jail, and we’ve been cooking with them in addition to still doing other catering opportunities. The catering business is starting to come back.

(10) BLAIR TODAY: All that does sound like it was the grace of God. A crazy set of circumstances…

JEAN BECKMAN of OUR SPECIALTEA: Well, I was considered an “essential worker,” because no matter what happened in the pandemic, those inmates have to eat. So, I could stay cooking – not open to the public – the governor shut us down – we all got shut down. I was going to launch my “reuben sandwiches,” on St. Patrick’s day, and the governor shut us down on the 14th of March. And, we were the last county he opened up. So, we didn’t get to open again til the 14th of June. So, that was the entire 2nd-quarter of the fiscal year for any business. We were shut down for months up front, but we were still able to make a living because I was still cooking for the jail.

(11) BLAIR TODAY: It’s obvious that you love what you do. And, it’s also obvious you don’t give up. If you look at the entire scope of where you’ve been, and where you are now, what’s next? 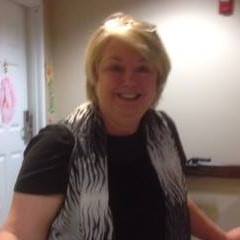 I’ll probably do this ’til my body can’t do it anymore. I love what I do. I want to know I did everything I possibly could to help people. I don’t ever want to ask, ‘Well, what if I had done this?’ I’d rather do it and fail then sit in a rocking chair when I’m old and think, ‘What if that had been my million dollar idea?’